In partnership with Monsignor Castex School, Bourgeois Motors is sponsoring a food drive this month to help local families in need through the Midland Food Bank. From now until Wednesday December 15th, we invite you to drop off your non-perishable food donations to Bourgeois Motors Ford dealership in the big collection box by the Christmas tree. (We are also collecting new unwrapped toys for the Midland Mirror's Toy Drive until Friday December 11th if you would like to participate.)

On Friday December 18th, we will "Fill the Fiesta" with all non-perishable donations collected and deliver to the Midland Food Bank. Together, let's help stop hunger in its tracks. 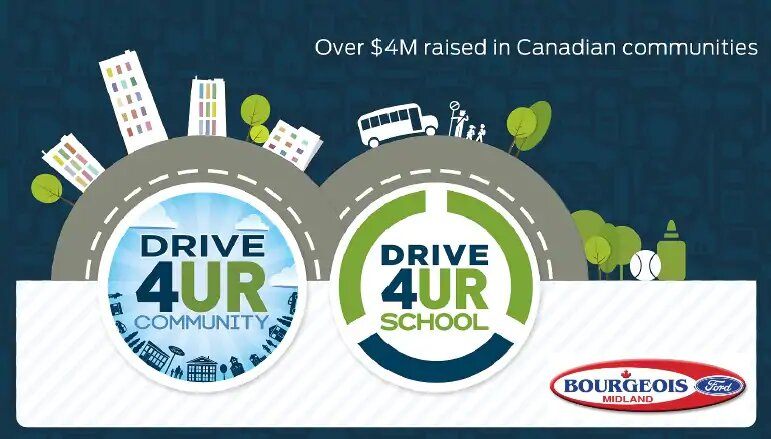 Being a local family-owned and operated business, Bourgeois Motors believes in giving back to the community and supporting our fellow businesses, neighbours, friends and family as best we can.

Through Ford Motor Company's Drive 4 UR School campaign (launched in 2007), local schools and their clubs have the opportunity to partner with local Ford dealerships like Bourgeois Motors to help raise money for expanding operations and extracurricular activities in need of added support. Participating schools organize, promote and hold a one day Ford test drive event for the community with the help of Team Bourgeois, and for every qualified test drive that's completed at the event, Ford donates $20 to the school - with a goal of raising up to $6,000 total.

With the launch of Drive 4 UR Community in 2012, Ford expanded this terrific fundraising opportunity to include local community non-profit organizations as well. Every year Bourgeois Motors teams up with local organizations, schools and non-profit charities to host Ford Test Drive fundraising events in the surrounding community.

With the help of fellow community members and businesses, over $4 million has been raised in Canadian communities to date.

We value your ongoing participation, support and promotion of these local events and thank you for helping make our community a better place to live, work and play. 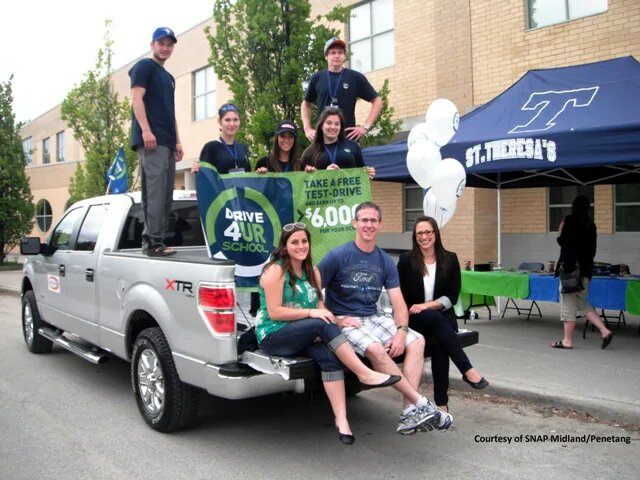 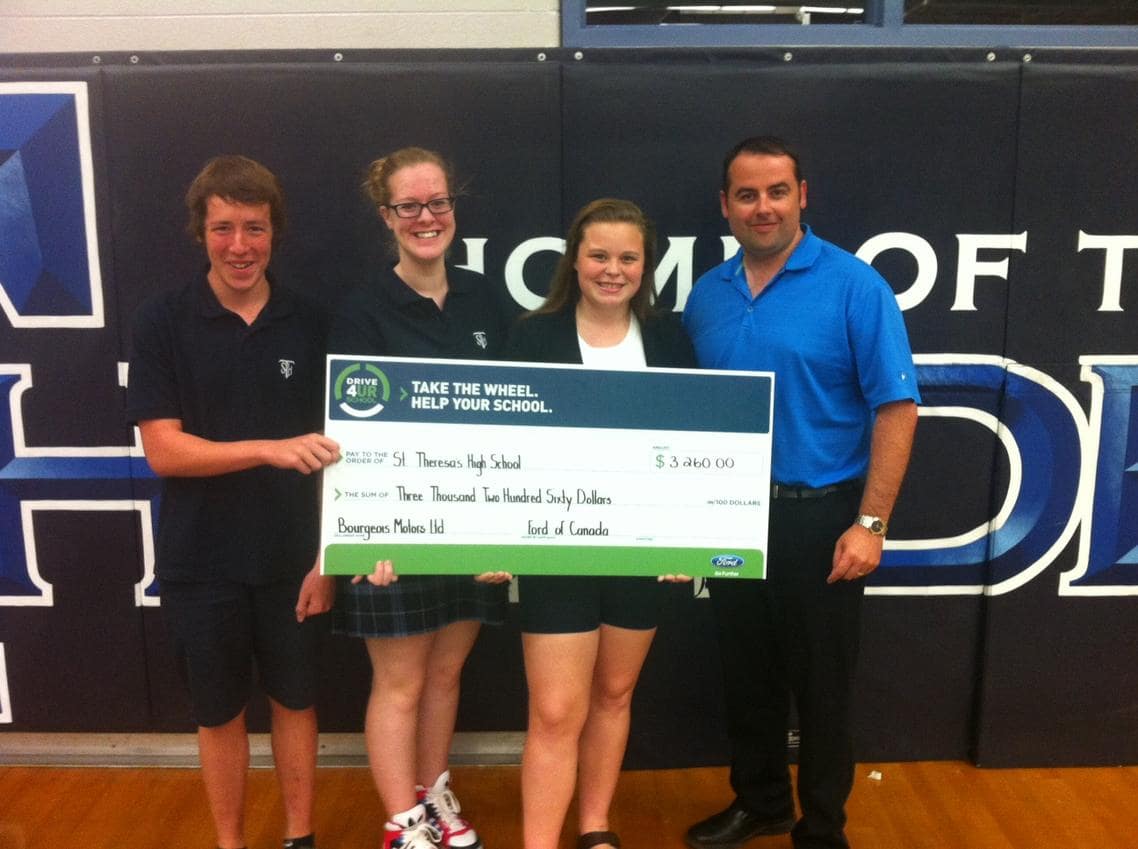 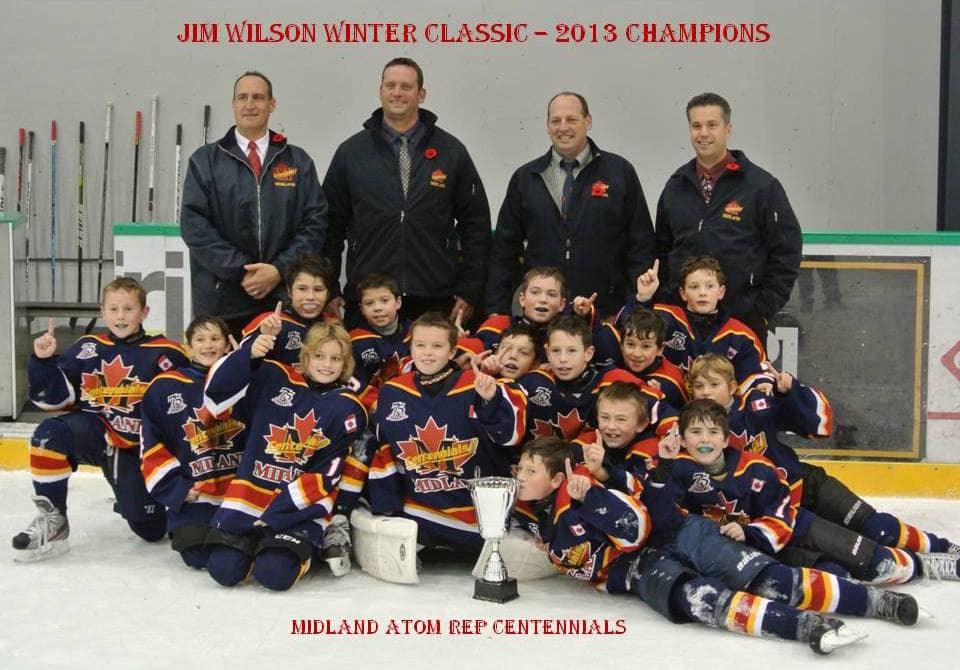 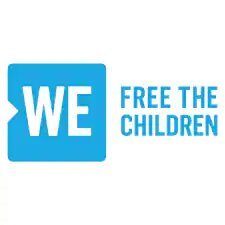 Through partnerships with exceptional public, private and humanitarian organizations and the support of forward-thinking foundations, Free The Children and We Day programs are empowering young people around the world with the support, resources and inspiration they need to become lifelong world-changers.

Ford Motor Company of Canada has partnered with Free The Children and We Day as their National Automotive Partner and is committed to go further in this avenue through a number of partnering programs and sponsorships.

WE Day is a celebration of youth making a difference in their local and global communities.

We Schools is the yearlong program that nurtures compassion in young people and gives them the tools to create transformative social change.

In our own community, there are multiple schools who already participate in We Schools action campaigns to help put a stop to hunger. Interested in starting your own school group to make meaningful change in your community? Visit the We Schools website for more information.

Bourgeois Motors is committed to helping drive success in ongoing action campaigns by sponsoring local food drives and teaming up with local organizations to boost awareness and collect donations in our community. Contact our Marketing Manager, Lisa Wood at 705-526-2278 x 240 if you have a fundraising, food drive or test drive event you would like to discuss!

We are all connected. Together, WE change the world. Learn more at www.weday.com and We Scare Hunger.